Pakistan in the Muslim World

Q. What is the importance of Muslim Countries in the world?

The Muslim countries are occupying a vast territory on the earth. They are surrounded by open seas and have lakes and gulfs as well. As such,
they are areas of commercial and military importance.

Most of the important international trade-routes pass through the Mediterranean, the Red Sea, the Arabian Sea, the northern Indian Ocean
and the western Pacific Ocean. Bulk of commercial commodities from the West European countries is sent through these routes to Australia and New Zealand.
Similarly, oil from the Muslim world is carried through these routes to the West European and other countries round the world. The strategic areas of
the Suez Canal, the Gulf of Aden, the Persian Gulf and the straits of Malacca are located along these routes and are part of the Muslim world.

The South-east Asian trade route passes through the straits of Malacca in Malaysia.

Pakistan and the Muslim World

Islamic bonds have strongly tied the Muslims of the world together. Islam is against discrimination on the basis of race, colour, language and dress.
Muslims share each other’s sufferings and happiness. This concept of brotherhood has developed closed fraternal ties among the Muslims living all over the world.
On the basis of population, Pakistan is the 2nd largest Muslim country. Indonesia and Bangladesh, ranking 1st and 3rd respectively, are located to its east.
Pakistan enjoys a pivotal position between the East and the West.

Pakistan maintains close friendly ties with the Muslim Countries. It has always shown keen interest in the affairs of the Muslim world.

Q. What are the common features of the Muslim Countries?

Q. Write a brief account of the Muslim countries having large areas.

Q. Name the Muslim country which is the biggest in population. Describe its location viz-a-viz Pakistan.

Q. Of the four statements given below, one is correct. Tick the correct one. 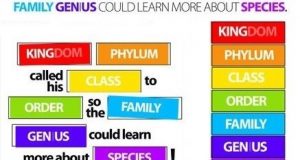