Hazrat Muhammad’s ﷺ life is a perfect model and example for the people who want to attain goodness, piety and success in their individual as well social life. People can seek light from the message and guidance from his life to achieve perfection in the moral, spiritual and social areas of life. He ﷺ has set very high and noble ideas through his practical example for all mankind to follow in every field of life.

Hazrat Muhammad ﷺ practically proved that no one could be more just and equitable than the Messenger of ALLA Almighty. As a young trader, he ﷺ earned the good reputation of being an honest, fair and just business man. He ﷺ always had fair and just dealing with all people. When the Ka’bah’ was being constructed, there arose a dispute among the people regarding the Black Stone. He ﷺ advised the most equitable plan for the setting of the Black Stone. This pleased everyone and saved them from a tribal conflict.

As head of the state of Madinah, he ﷺ decided all cases on merit with justice and equity, irrespective of colour, creed or race. Once a Quraish woman was found guilty of stealing. Some people wanted to save her from punishment in order to protect the honour of the family of the Quraish. They asked Hazrat Usama bin Zaid رضي الله عنه to intercede on her behalf. Hazrat Usama رضي الله عنه requested the Holy Prophet ﷺ to forgive her. The Holy Prophet ﷺ very furiously said, “Bani Israil was ruined because of this. They applied law to the poor and forgave the rich”.

During the Sermon, an Ansari seeing some men from the tribe of Banu Tha’lba sitting there stood up and pointed toward them and said, “Oh Messenger of ALLAH! Their ancestors killed a member of our family. We appeal to you to get one of them hanged in exchange for that”. The Holy Prophet ﷺ replied, “The revenge of the father cannot be taken on his son”.

The Holy Prophet ﷺ was so well-known for his justice that even the Jews, who were his bitter enemies, brought their suits to him and he ﷺ decided cases in accordance with the Jewish law. He ﷺ very strictly followed the Commandment of ALLAH: “If they come to you, either judge between them, or decline to interfere. If you decline, they cannot hurt you in the least. If you judge, judge in equity between them. For ALLAH loves those who judge in equity” (5:45).

Justice demands that it should be upheld in all the circumstances, even if it goes against one’s own self or one’s family or relations. All of his life Hazrat Muhammad ﷺ judged other people’s affairs with justice and told his companions to be just. It is reported by Hazrat Ali رضي الله عنه that ALLAH’s  Messenger ﷺ said to him, “When two men come to you for judgment, never decide in favour of one without hearing the arguments of the other; it is then most likely that you will know the truth”. Hazrat Muawia رضي الله عنه reported ALLAH’s Messenger ﷺ as saying, “Any ruler (or judge) who closes his door on the poor, the needy and the destitute, ALLAH closes His door on him when he becomes needy and destitute”.

While Hazrat Muhammad ﷺ was on his death bed, he proclaimed, “If I owed something to anyone ; or if I wronged any person, or damaged anyone’s property or honour, my person, my honour and my property are here; he may take revenge from me in this world”. There was complete silence. Only one person demands a few dirhams which were paid to him.

ALLAH’s Messenger ﷺ proved by his own example that no one could be more firm justice than him, even if it was against his own interest or the interest of those who were near and dear to him. He decided every case brought to him, by friend or foe with justice, without fear of favour. A person of such magnitude transcends the barriers of time and space. People of all ages can find something in his life to provide them with guidance in their various fields of activity. The Holy Qur’an clearly mentions this aspect of his life. “We have indeed, in the Messenger of ALLAH, a good example (of conduct) for everyone whose hope is in ALLAH and the Final Day. (33:21)” 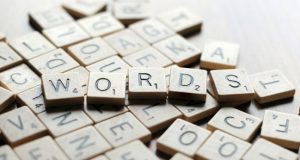 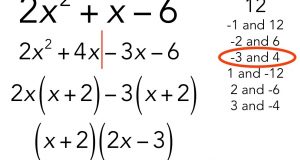